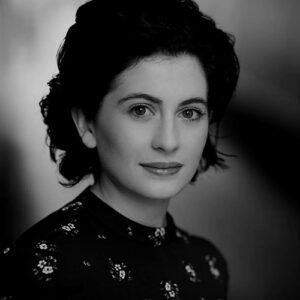 Claire-Monique is a British Actress, with a passion for the Arts. Originally from London, England, She graduated from the University of Central Lancashire (UCLan) with a B.A (Hons) in Acting in 2010.

Claire-Monique is also a classically trained Soprano singer, Violinist, and Violist, as well as composes music for theatre.

Claire-Monique graduated on Scholarship from the American Academy of Dramatic Arts in New York in April 2018. She has performed off-Broadway and Off West End in Productions such as Antigone, Song of the Seagull, The Great Gatsby Musical, The London 2012 Olympic Opening Ceremony: The Isle of Wonders, The Merchant of Venice, A Midsummer Night’s Dream, Jerry Springer the Opera, Long Lost John, Love me Tender, Dora Versus Picasso, This is Me, Enemy of the People, and Muse, to name a few. Claire-Monique’s Screen credits include King of Lies, Skyfall, Waiting for Liz (which she also wrote), Isabelle, D Train, Embryo, Forbidden, San and Sally, To You, The Fiddle Player, Honey Cycle and The World's Deadliest Killers. Claire-Monique is represented by Lola Williams at New Wonder Management.'