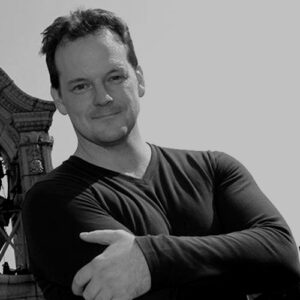 Michael Lee Stever is an American film director, cinematographer, producer, writer, and actor - shooting and editing projects in both New York City, and Los Angeles. Stever originally set his sights on a career in journalism. At seventeen he produced his first film at Sacramento High School, nearly twenty years would pass before finding himself behind the camera again.

During those twenty years, Stever worked successfully as a full time actor, singer & dancer. Theater and screen credits include the role of Joe Hardy in NETworks national tour of Damn Yankees, Diesel in a Berlin-based Broadway production of West Side Story under the direction of Alan Johnson, a stint at Brisbane Australia's 1988 World Expo, singing & dancing on the world's largest stage in Donn Arden's Reno-based epic, 'Hello Hollywood, Hello' several shows at the prestigious Paper mill Playhouse, and singing in New York city's historic Radio City Christmas Spectacular. He also had the good fortune to star opposite film/theatre legends Betty Garrett and Carole Cook in an Oklahoma based production of 'Arsenic And Old Lace.' In 1998 Stever made his television debut in an episode of the Robo-Cop inspired science fiction series, 'Super Force.'

Stever put his acting chops on hold in 2001 & devoted himself exclusively to writing and video production. This also marked his return behind the camera where he worked for nearly three years with Rick McKay as Unit Production Manager on the critically acclaimed documentary, 'Broadway: The Golden Age, by the Legends Who Were There.' An avid 'King Kong' lover from the time he was six, It was on the set of 'BGA' where Stever met and was befriended by none other than Fay Wray. 'BGA' was Wray's last film. After Wray's passing in 2004, Stever spent an exhilarating stint researching & unearthing a tremendous amount of archival data on her for the documentary, 'Fay Wray: A Life.'

His exclusive featurette on Stephen Schwartz's first ever opera, 'Seance On A Wet Afternoon' can be viewed at BroadwayWorld.com along with other multi-media exclusives he's produced.

Stever also served as the official camera man for The Drama Desk Awards for nearly 10 years & has had the honor of directing & filming the likes of Vanessa Redgrave & Debbie Reynold's induction into The Friars Club in NYC.

Most recently, he served as co-cinematographer on the critically lauded 2018 documentary, 'Every Act of Life' which chronicles the ups and downs of legendary, recently departed playwright, Terrence McNally. 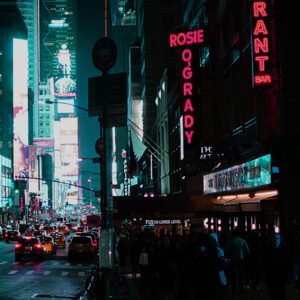