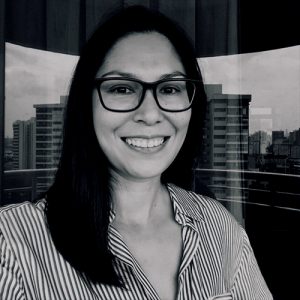 Brimming with zest and passion, Marilyn Tan has been directing TV programs and crafting stories for the screen over the last seventeen years. Her forte lies in factual entertainment, documentaries and reality shows, and her work can be found on channels such as AXN, Starworld, Asian Food Channel, Discovery Travel and Living, DIVA Universal, Channel News Asia, and Disney Junior, to name a few.

Marilyn enjoys the buzz of production and a good story-telling challenge, and has worked on a myriad of shows from food, lifestyle, travel, science, architecture and design, to big format shows such as Asia's Next Top Model, The Amazing Race Asia, Apprentice Asia, Thailand's Got Talent and Asia's Got Talent. She has also conceptualised and produced original formats, that won an accolade at the Asian Television Awards.

When not on the job, Marilyn enjoys exercising and cold beer. She shuttles between Bangkok and Singapore, and is always on the hunt for new adventures and great experiences.