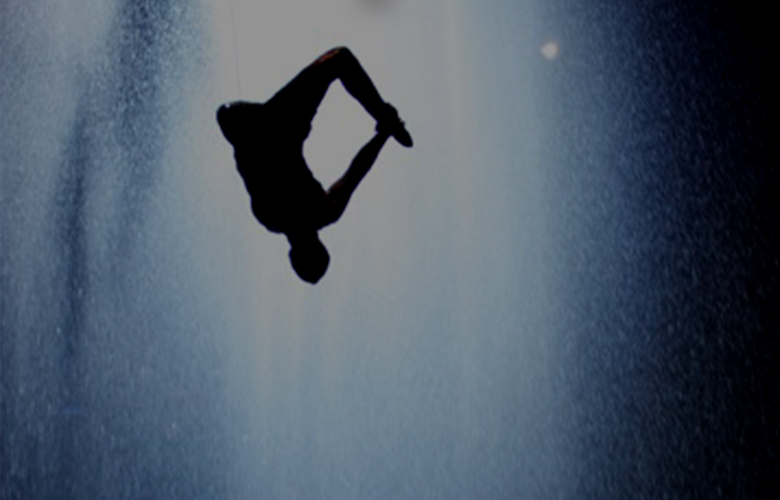 “Evolution in circus will see itself regularly revisiting the past, learning from it and making changes and embellishments.” – Bryan Donaldson: Owner/Director of High Performance Productions

Bryan has spent his entire career in live performance beginning as an actor and a professional magician and evolving into an aerial and acrobatic circus artist specializing in corde lisse, flying trapeze, balance perch, adagio, Russian swing, the wheel of death and casting cradle. Bryan travelled the world as an aerial artist and rigger with touring circus companies establishing an accomplished and respected reputation. In 2003, he founded High Performance Productions and has since become a highly acknowledged practitioner, consultant and teacher in the world of circus and performer rigging – flying stars such as Rihanna, Kevin Spacey and Lady Gaga. Bryan kindly took some time out to answer for TheatreArtLife a few questions about his career and the industry he has spent his life in.

I don’t really miss performing as such, I’m still very much involved with the same business which gives me a fix of sorts, not quite the same buzz you’d get when receiving applause but still very satisfying.

The transition from performing to running the rigging business wasn’t an overnight thing, it happened gradually and in an organic kind of way.

I’d been consistently touring for 13 years at the point where I started High Performance, I carried on touring and performing aerially on a smaller scale for another 3 years but doing more ‘one off’ type of corporate events and Christmas seasons for those last 3 years. At the same time, my friend Joe Hull (who I’d met for the first time in 2000) and I decided to have a go at setting up a Circus rigging company. I’d always done my own rigging as an artist and realised there were many more new people coming into the business as aerialists that didn’t have any rigging experience and thought there was an opportunity or ‘niche’ type opening to set something up, mainly for events. I was always a self-employed type, even when working as an artist on tour, responsible for paying my own taxes, promotions etc. so from a business perspective, the transition was very natural.

How did you build your client list for High Performance Productions? Did you start small and earn a reputation? Did you publicise? Did you have a number of clients lined up as you were transitioning from performance?

Marketing was something Joe and I talked about occasionally. We started off by getting cards printed and a logo designed. After that, I taught myself how to network online and build a site.
This was way back when the internet was just a new thing, don’t forget! Facebook didn’t exist, I had a group on MSN in the late 90’s for the performance work as part of Duo Vertigo and learnt from there really. Most people didn’t have a laptop and smart phones weren’t even invented.

We relied on word of mouth. It wasn’t until the mid 2000’s that I registered domain names and had a VERY basic site. We’ve done nothing since in all honesty!
Since Facebook, we’ve built a modest following but still to this day the majority of our work is as a result of recommendation.

You are experienced in a number of different circus disciplines; do you have a favourite? If so, why?

Casting cradle was definitely my favourite. It’s a discipline that’s highly respected in the circus community as being one of the most difficult acts. It’s physically very demanding and difficult to get right as an act from a performance and technical point of view. Most cradle catchers have serious knee injuries, as did I! I ruptured both my anterior and posterior cruciate ligaments in one leg during the learning process. It took over 2 years of rehabilitation (and surgery) before I managed to come back. My other disciplines included magic and illusion, wheel of death, fire, comedy, solo Russian swing, corde lisse, balance perch and catching on the flying trapeze. 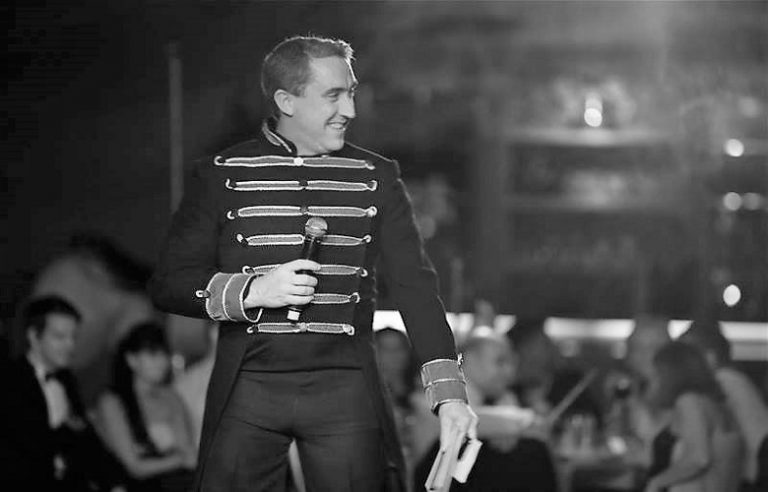 Having been in the circus arena for a long time, do you think there has been an evolution in circus arts? Do you think that circus performances are getting better, more innovative and more creative?  Yes or No. Please explain.

Yes! Absolutely. It constantly amazes me how quickly and to such a high technical level that is evolving and has evolved. Every 4 years we see the Olympics and I’m consistently amazed at how athletes have pushed things further, doing bigger and better tricks. But, having said that, much circus is largely now about technical ability and the tricks, I feel the artistic side has taken a bit of a back seat now over production values and technical ability.

How would you like to see circus arts evolve?

I personally believe that everything is about cycles. Evolution in circus will (and should) see itself regularly revisiting the past, learning from it and making changes & embellishments. Improvements are subjective, it’s about change, keeping things fresh & relevant.

Do you have the opportunity to design or create new acrobatic equipment? If so, tell us about one that you are particularly proud of.

I had a period where I was designing and building new equipment. This was during the mid 2000’s when we had a workshop at the Circus Space and used to fabricate equipment onsite. There were regularly students coming up with new ideas, it was interesting but the reality was there was no money it so I stopped production eventually. It’s sad in a way, I enjoyed the creativity but there was nothing in the way of subsidies that were substantial enough for the students that made it feasible for my continuation. I’d learnt to weld whilst on tour and built a flying rig with a friend who was experienced in welding. I gained enough knowledge and confidence during that period to know what would work and what was safe in the way of acrobatic and aerial fabrication.

What has been one of your most favourite jobs that High Performance Productions has taken on?

Nearly every high wire installation that we’ve been involved with has been on my favourites list. More recently was a job for an upcoming major circus based film. It’s still in the early stages and non-disclosure documents have been signed so that’s all I can say about it right now!

You run training courses in rigging at High Performance Productions. Do you run these personally? Do you enjoy teaching?

Yes, the courses at this stage (and up until now) have been personally run by me. I do enjoy teaching, in a narcissistic kind of way it fulfils a bit of the gap since I stopped performing! I enjoy teaching though from a deeper level, imparting the knowledge from a safety perspective is imperative. There’s no need to keep the secrets of circus ‘secret’ anymore, it’s for all. Some riggers were concerned that I’d be taking work away from them by teaching my course, what it has done however is raise awareness of limitations and created more work for us all.

What has been the most difficult job you have undertaken?

Difficult to say really! I feel very real pressure for high wire installations. Considering most of the wire walkers we work with prefer to work without any type of safety, the stability of the rig (and anchor points) are imperative. Any slipping or failure of anchors could throw them off.

Apart from your lengthy practical experience in rigging, what courses/certifications did you undertake to be qualified to consult on Rigging, safety services, training, inspection and testing?

There are various training courses that go towards the UK legal requirement of being able to demonstrate competence. Firstly, is your own ability to be able to work safely at height, so a rope access and rescue course is pretty important. Then there’s the equipment, and by this, I mean the lifting gear, personal protective equipment and access plant. There are a few suppliers that run training courses on PPE equipment inspection and utilisation, then in the UK the Lifting Equipment Engineers Association (LEEA) provide thorough training and certification and the International Powered Access federation (IPAF) provide MEWP training, scissor lifts etc.

What advice would you give a performer, particularly a circus performer in transitioning out of performance?

Retain the knowledge and feeling you had as a performer, impart this on a technical level when working with artists in the future to reassure them of their safety through the fact that you care & know what they’re experiencing! 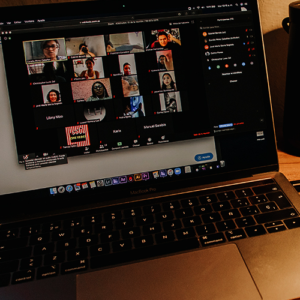 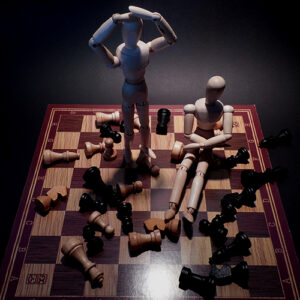 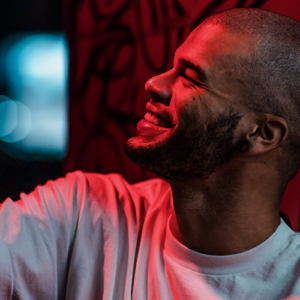 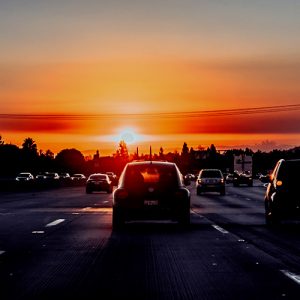 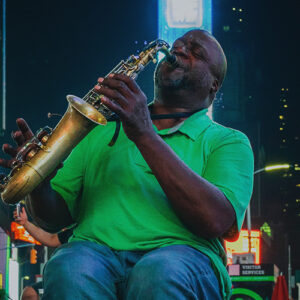 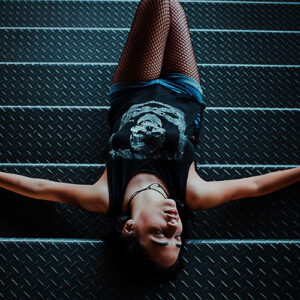