It’s Magical, That’s All: Lights Through The Eyes Of A Lighting Designer 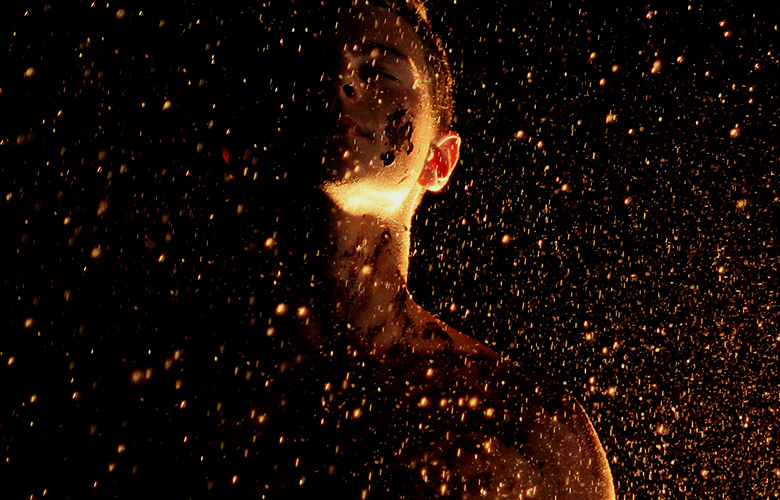 LIGHTS, camera, action! Beside the fact that the camera would have nothing to shoot and that no action could be captured without turning them on, lights cannot always be called first for those reasons alone. “Lights are magical, they can change moods, alter spaces and colors, modify an entire set and even make it completely disappear!” says Flavia Hevia, a Mexican lighting designer who has spent the last 20 years juggling light bulbs, follow spots, strobes, LED and chandeliers to turn the most stripped, empty spaces into magical places and to recreate countless cultures and eras on stage. If most magicians strongly deny using smoke and mirrors, this one is first in line to proudly claim their use!

According to Flavia, there are no secrets and no ultimate way to become a good lighting designer, but to be creative, both extremely curious about and fascinated by light, whether it’s by how the moon hits a lamppost before reflecting on the lake or by the amount of light bulbs used to make a table look as if it were on fire at the end of act I. If a lighting designer can still be as amazed by the dancing flame of a candle than by all those lights and signs that make Times Square come to life at night, inspiration shall never die. Furthermore, a broad technical knowledge and up to date expertise are essential, given how quickly and often techniques and technology are evolving in this field.

Practice alone won’t make one perfect, but will teach plenty to those who can’t attend a professional school. “Like many creators, I first got involved in the arts by being on stage, but quickly realized that I was more of a backstage person, more fascinated by the tricks and the techniques than by delivering lines. I met Alejandro Luna (a very well known Mexican architect and scenic designer) who took me under his wing and with whom I’ve learned by creating and working on many productions before ever stepping foot in a proper university.”

“I’ve learned my craft by doing, trying and making mistakes, since studying in lighting design wasn’t possible in Mexico at the time.”

From Mexican theatres to Montreal’s national theatre school, where she was admitted into a special lighting design program for those with a significant experience in that domain, Flavia was constantly learning about the art of lighting and is laughing today when admitting that the learning process keeps on going, thanks to her field’s constant evolution, and that the best, on edge techniques that she was fond of and known for are now dated. With the growing popularity of robotics and LED (light-emitting diode) and the arrival of more sophisticated projectors, computers and programming tools, lighting design keeps surprising and challenging its community and audience in the 2000’s. Again, this creator underlines the importance of being curious, of wanting to know the secret behind the magic trick in order to top yourself and to stay relevant, without loosing sight of the idea that it ain’t all technical, but that you are creating art. 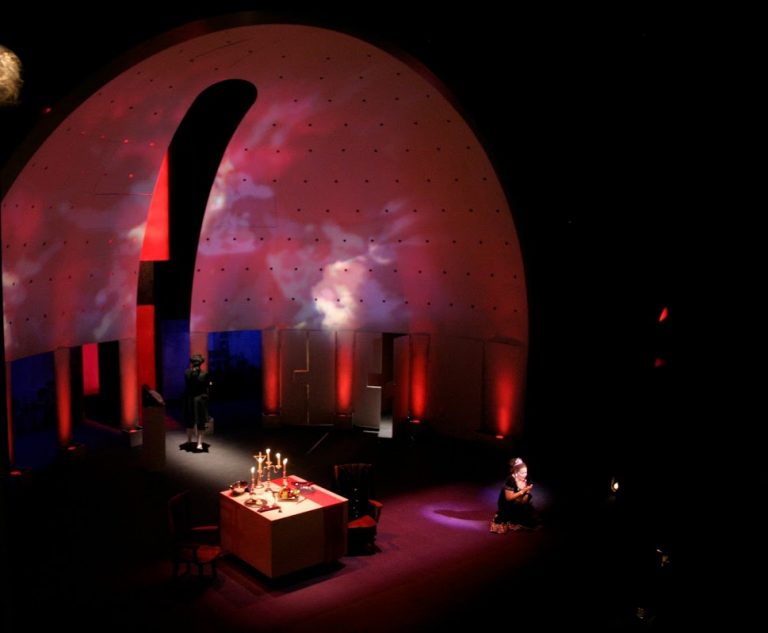 “Regardless of the budget and of your tools, you have to see your work as a piece of art, like a painter. You must keep your eyes both on the big picture and on those fine nuances. Technical knowledge is crucial as it is opening you to a world of possibilities. Just like that painter who knows which brush to pick and when, you must know how to use your equipment to be productive, to make things move faster and smoother. It may sound very cold and technical, but it really is a balanced mix of creation, sensibility and technical knowledge where one’s heart is as valuable and needed as their brain.” 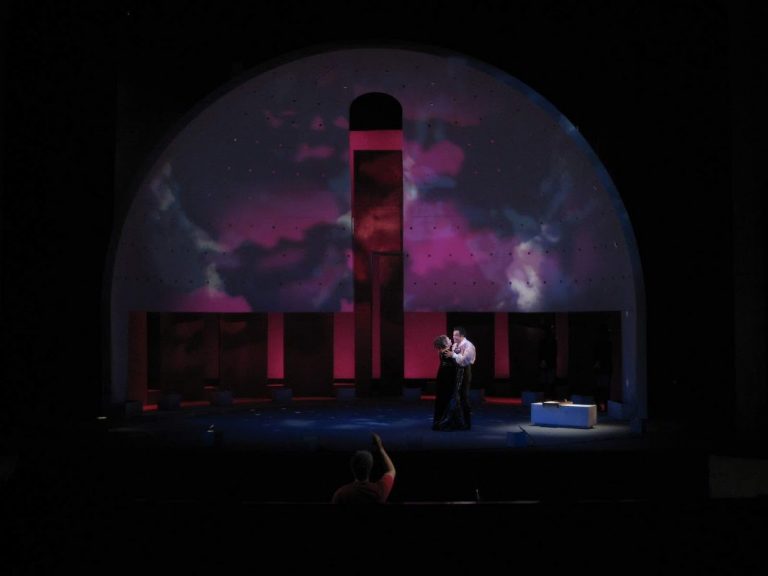 Since most people are literally kept in the dark about the process and its secrets, lighting design is a somewhat mysterious, somewhat invisible job where the apparent simplicity and efficiency behind its execution often are the reasons why the required amount of time for installing, programming, testing and fine tuning each and every light is underestimated, misunderstood or forgotten. The simplest change in a pattern most often involves someone having to move and climb a ladder, add and/or remove some piece of equipment, re-program and test the new parameters before giving the scene another try. “Most people think that the simple push of a button will do and that the light will hit the actor and stop right there! However, light has a life of its own that keeps going and, by spreading itself on the floor or creating a shadow, it’s revealing what was hidden or veiling what was the main focus a moment ago. It’s all part of the magic.”

A lighting designer must also always keep the cast and their audience in mind while crafting and manipulating the medium to not only tell a story, evoke emotions and inform both groups on the production’s style, but also to make sure that the artists can see what’s essential to their parts and that the audience won’t miss anything because of one’s artistic experiments.

Light does not only affect what we see, but how we see it, hence it is the designer’s responsibility and priority to make the risk of light-related incidents close to non existent, especially on big productions with moving sets, lifts or circus acts for instance.

“The risk factor on those shows is both stimulating and nerve-racking. An acrobat might land on his partner’s face if I did not correctly listen to their needs and an actress could fall into a trapdoor if that X-covered tile isn’t properly lit. If I don’t do my job properly, from the first rehearsal day all the way to opening night, a performer could be seriously injured.” 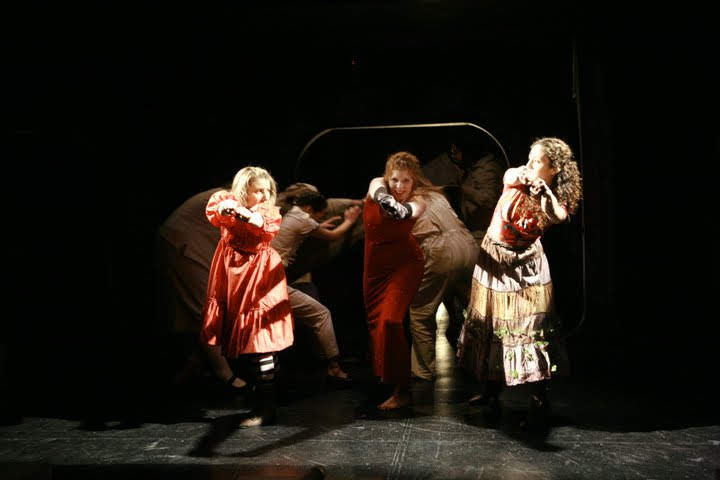 Even though each designer has their process, there are important tools to literally see and create the light at the end of the tunnel, while avoiding all feet to face or actress vanishing situations: time is beyond important, as stated before, which is why this lighting magician insists on being in the creation space as soon as possible. By witnessing the birth of a piece and capturing each artist’s energy during its growth, the lighting designer can significantly reduce the work load and tech time that await in the theatre. Just like composers who can only hear melodies in their heads before putting it down on music sheets, lighting designers rely on a story board as the concepts and colors come to mind. “I need to draw the movement and what the performers are proposing to create and to have a bit of them in what will make them shine brighter on set. This way, I’ll arrive as prepared as possible when the production moves in its venue, when time becomes a rare commodity that everyone is fighting for. Finally, a good, invested crew can make up for any missing piece of equipment or lack of time. As a Mexican woman often thrown into male dominated productions, getting both their support and respect have proven to be the most valuable tools in my work.”

As Alejandro Luna once said: “A show without light wouldn’t be a show, it would be a radio program!” Which is why one can see that spark in Flavia’s eyes when she’s explaining that light is the most magical part of any show, the one that links everything, gives life and reveals forms as it is following the performers and the action rather than the literal story. “It’s magical, that’s all.” 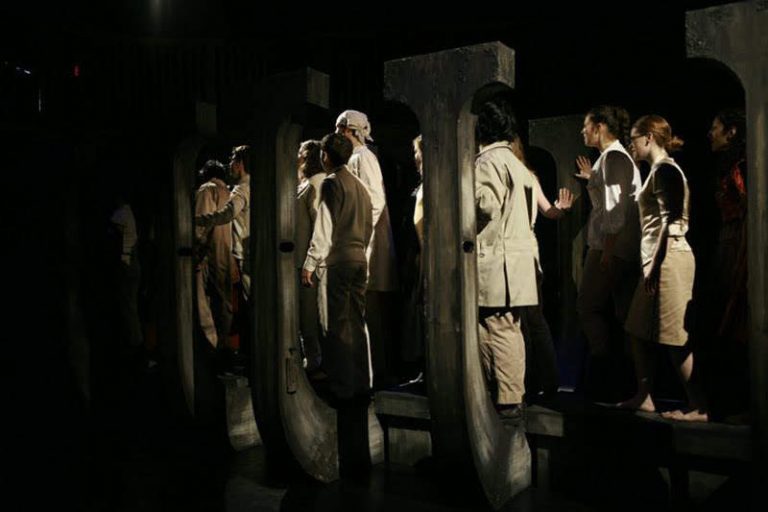 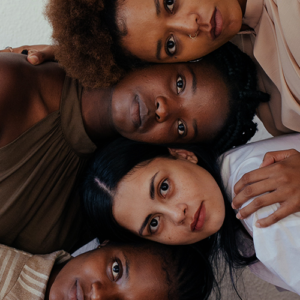 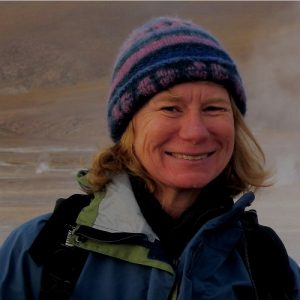 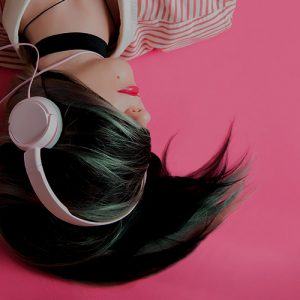 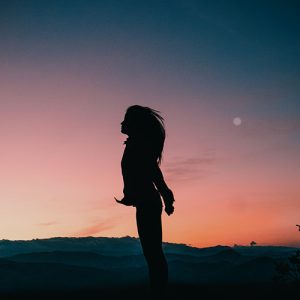 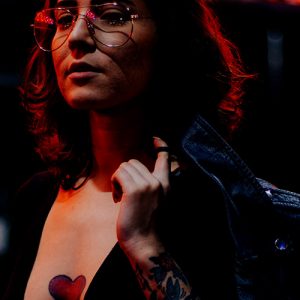 Read More Let's Talk: What Am I? 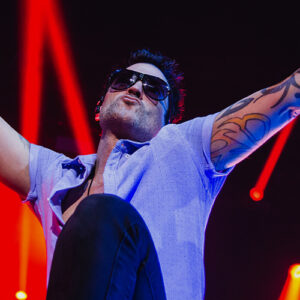