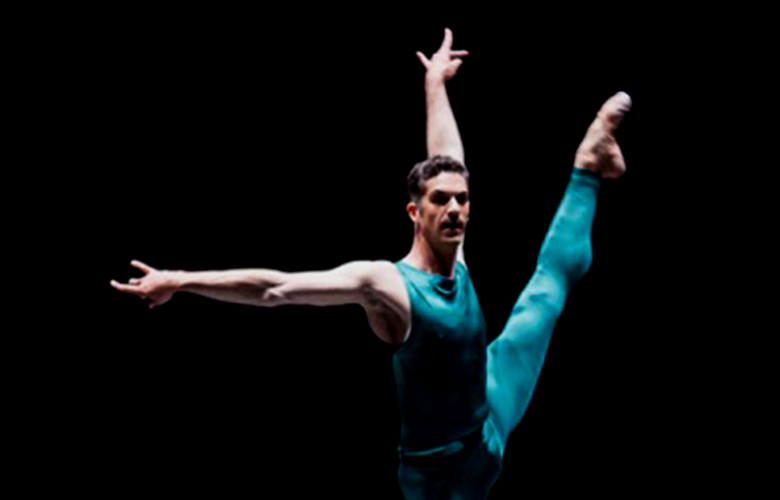 We’ve all seen that little boy walking on the tip of his toes or noticed a young girl who loves to pirouette with her arms above her head. Many kids show a strong interest in ballet at a very young age and want to go see the Nutcracker every holiday season and feel a true calling for this art form. No one dancer goes through the same path, but horseback riding is definitely not the most conventional prologue to a life of pirouettes and piqués! However, this was the path of Laurent Guilbaud, a professional ballet dancer who has been touring the world for two decades. He frankly admits that he wasn’t particularly fond of dance as a young boy and had no balletic aspirations, but his trainer, noticing both his natural flexibility, strength and discipline, suggested that he give ballet a try.

A few years and classes later, his father took him on his first big trip to Paris, far from his small French province, with a secret agenda: an audition at the prestigious “Ballet de l’Opéra de Paris” which creates some of the world’s best ballet dancers. Laurent was 11 which, whilst it is pretty uncommon at that age to make a serious commitment and to devote all your time and energy to a future career, is pretty normal in the ballet world. “Some even start earlier! You have to grow up much faster than the other kids and to accept that discipline is your lifestyle and the only option. You’re spending all your mornings in academic classes and every afternoon in the dance studio. Ballet has to come first at all times if you want to make it and stand out.”  If “Practice makes Perfect,” in Laurent’s case “Passion came with Performing.” Where classes and repetitions felt like work, especially at puberty with all the changes that one’s body is going through and when some dancers no longer recognize their best-known tool, performing felt fun and exciting from his very first moment on stage, when he first saw the audience sitting in the dark.

“Being able to tell a story, to act, to be somebody else and to go beyond the steps and technique felt amazing!”

Amazing enough that he even gave up horseback riding in his youth, one of the forbidden “at-risk activities” to the ballet dancers at the Opéra, and today, at 39 years old, when most dancers have already traded ballet shoes for comfy slippers for many years, he is still dancing, mostly as a guest dancer for special engagements though, he has technically been retired since 2016.

From Nancy to Marseilles, from Berlin to Stuttgart, from his humble beginnings in the “Corps de Ballet” to Soloist, Laurent spent 21 years going from one company to the other and traveling the world. If discipline has to be the key ingredient to a successful ballet career, patience would be right next in line as Ballet is one of the few institutions left with a clear hierarchy that dancers have to follow and has been there for years, way before their first fouettés!

Whether you are working towards starring in Giselle or Swan Lake at the School of American Ballet in New York, l’Opéra de Paris or London’s Royal Ballet School, a contract in the company’s “Corps de Ballet” is the first step to getting there. If many dancers are getting that first contract and starting their professional career before their 20th birthday, Laurent, who has also been working as teacher and mentor to the new generation for many years now, has noticed a significant change in the last decade. “If 16 used to be the common age to join a company and start your adult life, a lot of dancers are still in school at 20 or 22 these days. I can feel that priorities have shifted and that laziness and social media have replaced discipline in the halls. Dancers of the 21st century are just as eager to take center stage, if not more impatient to live off and for ballet than we used to be, but they are far less willing to fight and put in the necessary time and effort to get there. They can’t fake their way around discipline with Ballet’s hierarchic system.”

The hard workers are however likely to be hired and to spend a few years doing Ensemble work, learning all the group sections, being both the backdrop and, in a way, the core identity of most productions as a Corps member (no pun intended). Some might get solos, especially in the new, more modern companies, but the Corps dancers usually stick to the back lines and some will spend their entire career there without ever being promoted to a higher rank.

Unlike in school, there are no official graduation dates or specific requirements to get promoted. The company’s director is the one who decides when a dancer is ready to move forward and to be more featured. A choreographer can decide to give a role to a Corps member, but the director still has veto authority on the company. Next to an increase in the dancer’s salary, being a Soloist means being cast in second roles and as alternate for the leads. Still, no matter the role and its place in the Playbill, Laurent says that;

“The great thing about ballet is that, regardless of your rank, you can and should always be learning, Corps or Principal. There always are talented dancers around that you can look up to, be inspired by and learn from to better yourself”.

“In Stuttgart, for instance, the level was insanely high and I was constantly inspired to improve, no matter how talented I might have felt that day. You have to work every day even if you are gifted! You must have the discipline to repeat movements until they start feeling perfect!”

Those who do will ultimately earn the title of Principal, the highest rank in any company, where one gets to dance the main roles and harder combinations. Being a Principal does not however mean that you will be dancing more than the rest of the company as each ballet has an Ensemble, first and second roles. Each and every company member must also be present at the daily mandatory classes which can easily add up to 8 hours of jumps and turns on a normal day, proving wrong those who like to say that “stage artists are only working 2 hours a day, for the show.” Given that the dancers can be expected to learn 8 to 12 different ballets a year and, in some cases, to even perform three different productions on the same night, those classes are vital to keep the company tight and at its best level. The high number of both daily and yearly performances is partly why some Soloists get to shine in lead roles as alternates to Principals who are unable to perform on some nights. 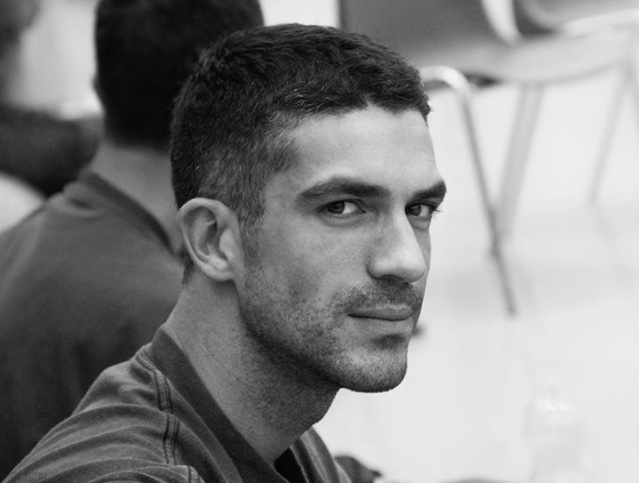 If a contract with the company is the artistic equivalent of Willy Wonka’s golden ticket, something that every dancer is thriving for, longevity in a company is not guaranteed as not every contract is renewed and some dancers leave due to artistic differences, lack of promotion or after being noticed by another company’s director who saw something else in them and wants to promote them elsewhere. There is no minimum or maximum amount of years that a dancer can spend in a company or in a rank, but it is mandatory for a German company to give a dancer a life contract after 15 years and they’ll often help those dancers transition and find another job when they are done as well.

As for the differences between men and women in the ballet world, where one might have this image of a girl in a tutu, turning on point shoes, when thinking of ballet, men are actually very present in every company and, according to Laurent, they also tend not only to have the more “athletic” moves as far as jumps and turns go, but also to have shorter careers, partly because they are asked to dance combinations that are rougher on their bodies and have to lift and carry their partners from stage right to stage left once, twice, three times a night, “Pas de Deux” being an important part of many ballets. In those duets, the woman is often perceived as the “star” that the man lifts and to whom he leaves most of the light, but “Pas de Deux really is 50-50, the dancers are completing and complementing each other. It’s a collaboration, you need to have chemistry, to be coordinate and to match each other’s strengths on stage. You most often don’t get to choose your partner and sometimes, even if both dancers have a very strong technique, if there is no chemistry between them, they might not connect with nor touch the audience.”

Finally, when asked about the secret of longevity and the lessons that he has learned at the Barre and that are serving him in his everyday life, Laurent answers right away: Discipline!

“Most dancers are more focussed individuals, learn faster, are very efficient people and they tend to be more aware of their environment, especially of what their body needs, how to avoid injuries and to take care of themselves. Remember that the Barre is always there, stays the same and it has proven to be good, a tad boring at times, but it is essential and always there.” 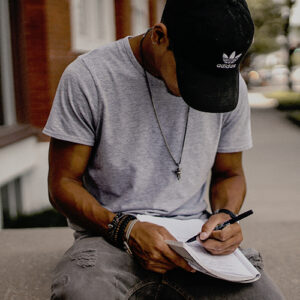 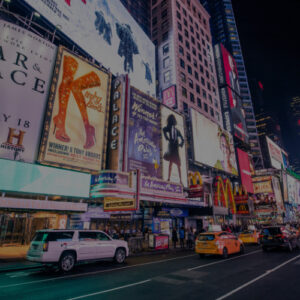 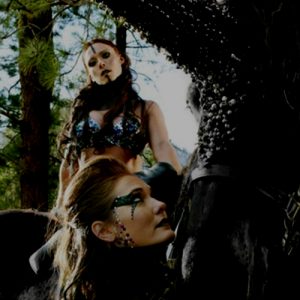 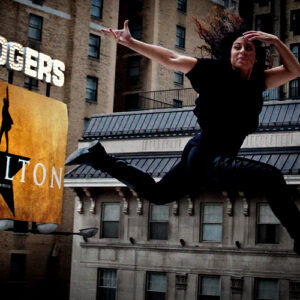 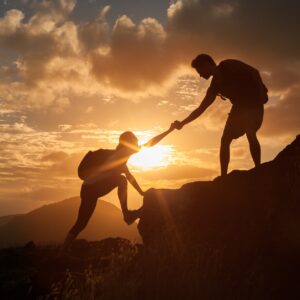 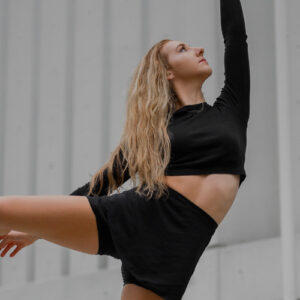 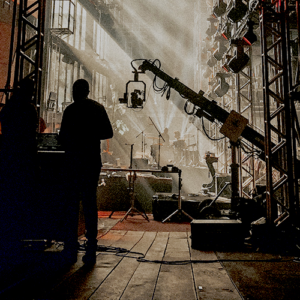 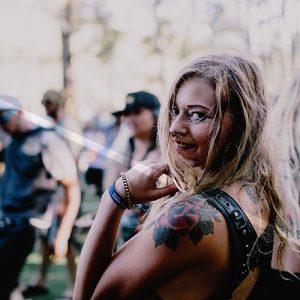