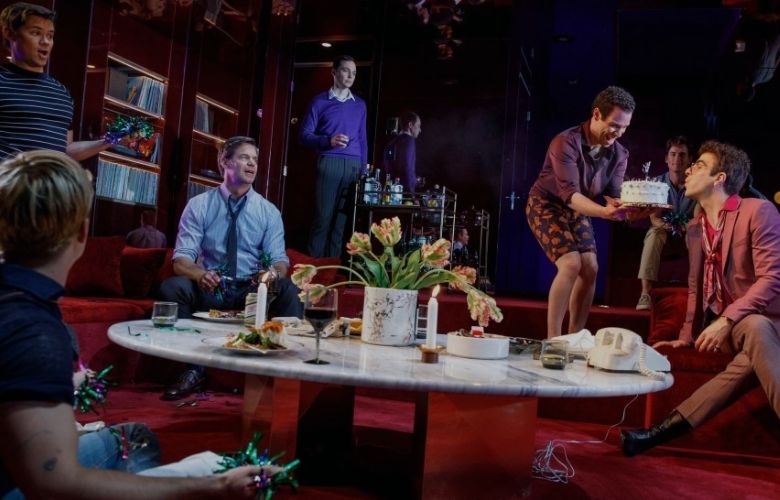 James “Fitz” FitzSimmons has been an Equity Stage Manger for over 32 years, working on 24 Broadway shows and countless Off-Broadway and regional productions. He has taught theatre and has also worked as a producer, artistic director and director. Fitz kindly talks to TheatreArtLife about his time as the Production Stage Manager on the Broadway run of The Boys In The Band, the show’s move to Netflix, and the impact of Covid-19.

Thanks so much for talking with us at TheatreArtLife! I’d love to start by asking about your time on Broadway with The Boys In The Band – what was that like?

Working on TBITB was a joy. It really was a career highlight on so many levels. It’s always a pleasure to work with director Joe Mantello. I’ve done 7 shows with Joe and there is nothing like being in a rehearsal room with him.

His eye and instincts are incomparable.

Plus. the chance to work with the late Mart Crowley, producers Ryan Murphy and David Stone…and that cast! What a cast… easy on the eyes, so kind and incredibly talented. I admired that it was so important to all involved to do this production with a company of proudly out gay actors. There was a true sense of community and comradery amongst the entire company onstage and off from the very first day of rehearsal to the final performance.

What were your favourite highlights from the show?

There were many highlights but first and foremost I have to say there was a respect and reverence for the material, though Joe and Mart made substantial cuts to eliminate the Act break so the action would be continuous. In doing so they eliminated a lot of the extraneous material that also helped give the piece a sense of timelessness. It was a play set in a particular period of time but was not played as “period piece” so it really felt like we were working on a new play.

The fun part of it being such a star-studded company backstage after a show was often like opening an issue of PEOPLE magazine. But I have to say for most of us was thrilling to get to meet some of the forefathers of the Gay and Lesbian Rights movement when they came to see the show.

But the best highlights were hearing Mart’s stories (and Ryan Murphy’s). On first preview, Mart showed up with a sign that he wanted posted at the stage door; it was from the late Natalie Wood and said:

“The mother of Gypsy Rose Lee is not allowed backstage.”

It was his good luck charm and stayed up for the entire run. It was also very special and electric to be performing during Gay Pride month. It added another resonance and sense of responsibility.

We had some trials most shows; Jim Parsons was truly extraordinary after having broken his foot during an early preview (during curtain call of all things) and was back in the show with a boot and cane after 3 days. He made it work without missing a beat as did the rest of the cast.

It seems like more and more shows are getting on board with filming platforms nowadays. Given your expertise on the BOYS show, how do you feel it will translate on screen?

BOYS was already made into a successful film by William Friedken in 1970 so as far as it “translating” it will be far easier as a foundation had already been laid. The difficulty I think will be maintaining the sense of “timelessness” that Joe and Mart worked on creating with the new version of the play.

The original play and movie contains a great deal of gay self-loathing and sadness and while the new version still features that, Joe had the play end on a more “hopeful” note. As Mart was still alive while they were filming it will be interesting to see what they changed, what they took out what they added back in from both the original play and screenplay.

Do you think we will see more of this in the future, and what shows would you love to have on film?

We are definitely seeing more of this. I have already worked on 2 shows that were filmed for Broadway HD and PBS. The time, energy and sophistication (and money) that are put into filming live theatre now is fantastic. Present Laughter with Kevin Kline was filmed like most shows over the course of 2 or 3 performances with a paying audience.

However, when we taped John Patrick Shanley’s The Portuguese Kid, Jason Alexander recommended we tape it like a sitcom and not do it during a performance. We had a “studio” audience for part of it but as it was an entire day of shooting we could stop and re-start and eventually had to lose the audience. It was a definite challenge for the cast reshooting scenes without that “live” audience response.

I think its brilliant that they are going to film Diana prior to its Broadway run and I am very curious about Dear Evan Hansen as there are so many ways to open that up as a film. But that’s where the difference is …Diana is a filmed “performance” albeit without an audience…DEH is being developed as a film. I think taping a live performance allows for a different kind of intimacy and innocence but also requires a certain amount of “forgiveness.”

There are several plays I’ve worked on that I thought should be filmed such as Jon Robin Baitz’s Other Desert Cities and Robert Askin’s Hand to God. But I’d really like to see more writers like Robert O’ Hara and Suzi Lori Parks have their work translated to film. There’s a bigness and danger to their writing that lends itself to a cinematic framework.

This has been a tough time for everyone in the entertainment industry. How are you doing and what has your experience been like?

It has been a bit of a roller coaster to be honest. Like most of the world I have good days and bad days. I am definitely feeling a bit “unmoored” by it all. Early on I lost my mother and 3 friends to Covid, and that knocked me for a loop but I try to remain upbeat.

I was fortunate enough to be able to leave our apartment in NJ for our beach house so I have had a bit more freedom to get out and be in nature. I know full well that I am luckier than most of my friends in the city.

I’d like to say that I was very proactive and learned several languages and got my graduate degree online but alas… that did not happen. I have participated in some “virtual” readings and became more acquainted with ZOOM and STREAMYARD but mostly I’ve caught up on some books and have been practicing being my best “Martha Stewart.”

As I am very concerned and worried about how and when live theatre will return, I felt it was important to take classes on Covid and got certified as both a Contact Tracer and as a Covid Compliance Officer – I just recently took another course as a brush up as so much information has changed since March. And with all that is happening in the country I have become very involved in the upcoming election and getting the vote out.

Have you been working on anything behind the scenes in lockdown and what can we look forward to from you next?

I was in rehearsal for the Broadway Revival of How I Learned to Drive when quarantine happened. Like some other shows we are tentatively scheduled to start up again in March of 2021. There a few other things on the back burner as well which I can’t discuss.

Otherwise I have a few guest lecture stints lined up for different university programs and will continue to try and involve myself in more virtual readings and workshops if I can.

I would like to implore everyone who is reading this to make sure your voice is heard this November and VOTE, VOTE, VOTE! The arts and culture industry is going to have to fight to survive during and after Covid. So please get involved, get your mail-in ballot, vote early or know your polling place and hours but JUST VOTE! 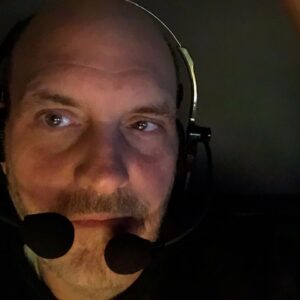 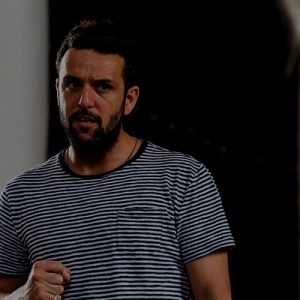 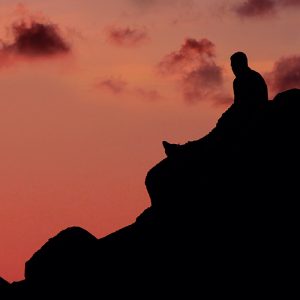 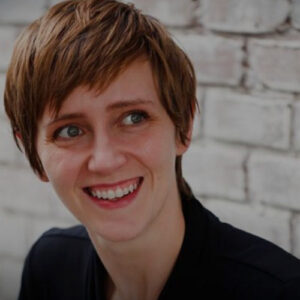 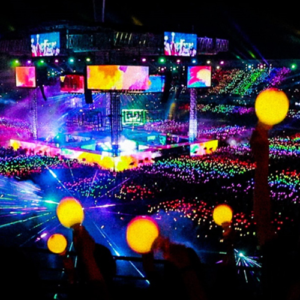 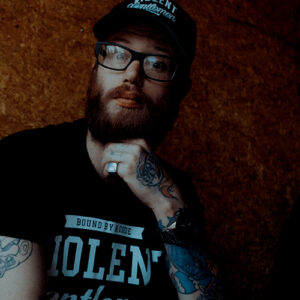 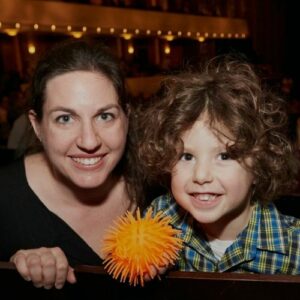 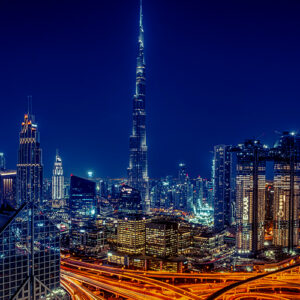 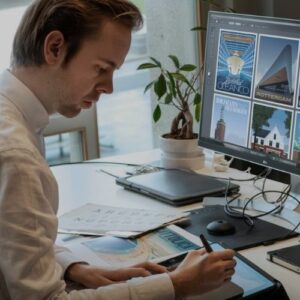 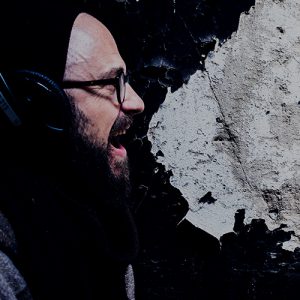