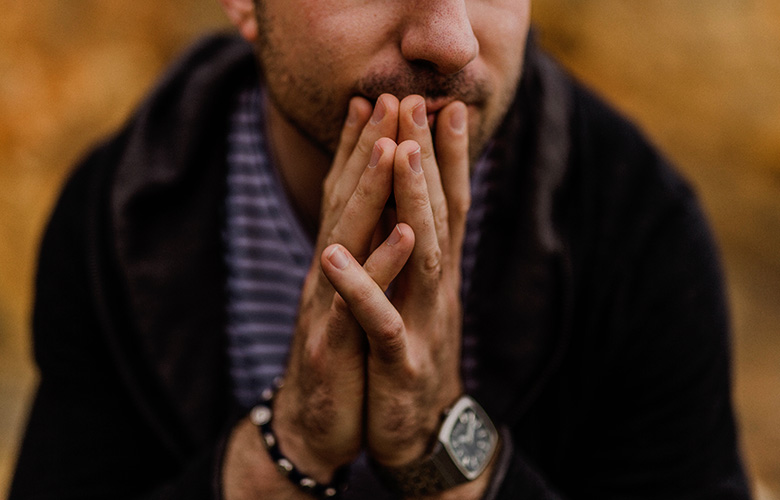 There is no mistaking the look on a director’s or producer’s face when you first present the full list of everything that can possibly go wrong with the show. Depression, anxiety and worry are just some of the emotions when they realise the beautiful show they have pitched to the client may in fact go wrong at any moment!

But this document is not just a list of all problems, but also a comprehensive list of actions and that can be taken to rectify the problem and keep the show going. This is the contingency planning document.

Experience counts for a lot, and as our show experience grows, so does our experience of problems and failures.

Being a good show caller is only 50% being able to call a good show – the other 50% is being able to deal and react to anything that may go wrong – from the simplest issues of a mic not working to a full failure of automation that can grind a show to a halt.

This is not television, we can’t cut to ad break or change camera shot, there is a live audience and stopping really is not an option. Common sense and experience counts for a lot, but effective planning pre-show will help you to make the right decision quickly and effectively. When I’m show calling, I call every cue in the show while simultaneously thinking what I would do if the cue fails in any way – so the more I can be prepared for an issue, the quicker I can make a decision and this preparation comes from effective contingency planning.

Once rehearsals are under way and I have a good understanding of the show, I will compile an initial draft document of everything that I see as being potential issues. I will then get input from the relevant technical departments to their solutions and options. The next stage is then to discuss this with the creative team and present options to them.

With any issue our primary role is to keep the show safe, secondly to keep it going and thirdly to keep it as close to the original creative direction of the show.

With any particular problem, there maybe a few options available to resolve it so I will present these to the creative team and get their opinion as to which they would prefer to be executed from a creative view. Of course, there is no guarantee that we could always implement that plan in the moment but that course of action will be our plan A, for now. 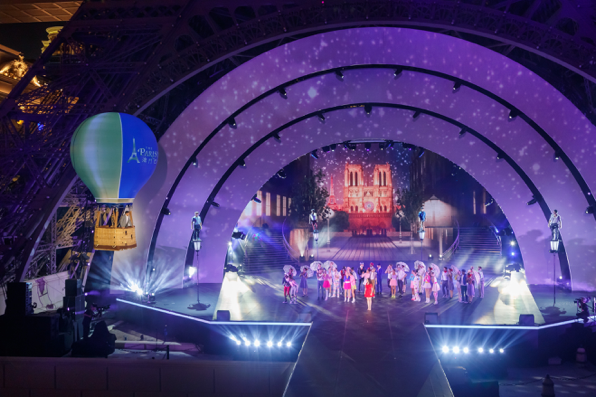 One example to look at is the Grand Opening of the ‘Parisian’ in Macau where I was the Production Stage Manager & Show Caller. The key moment of the show was an automated hot air balloon flying from behind the grandstand seating, over the audience and onto the stage, carrying our leading man. What made this more challenging was that this was an outdoor event so a custom automation system was installed and designed by Showtech Australia. Of all the moments in the show, this was the money shot, a brilliant moment yet one that had many potential issues and several points of failure:

1 – Balloon does not inflate pre-lift

My first point of discussion was with the automation team led by Tiny Good to get a clear understanding of what our options would be. To cover winch failures during travel, a manual drive was possible, but this would alter the path of the flight and the duration of the cue would increase. This meant that as long as I could cover this extension of time by being able to loop the music, we could still keep the flight.

As we were running the show with timecode, I could identify pre-determined points in the music that could be programmed to be looped to give us time to rectify the issue and cover this extended cue. The flight of the balloon wouldn’t look as planned or indeed as nice, but it would keep the moment in the show, which is of course preferable to cutting it. This would cover us in the early part of the cue, however if there was a winch failure during the end of the flight and the leading man had begun to sing, the decision would be to continue, as looping music becomes very tricky during live vocals and with no in ear monitors to enable the choreographer to talk to the dancers that we were in a loop, this would adversely affect the choreography. We would then move the balloon onto the stage when possible. With a complete failure an aerial rescue would be performed at the end of the show and as show caller I had IEMs (in ear monitors) to the performer, so I could inform him of any issues.

It is important therefore to look at a cue’s entirety as failures at different points can cause different issues and the resolution may well differ dependent on the point of failure.

With regards to the inflatable balloon, the basket could still fly without the balloon on top but the creative team deemed this to not be a viable option as it simply would not look right – so in this instance or if we had any other failure pre cue, stage management would remove the performer from the balloon and get him to the side of stage ASAP for a stage entrance. Should the balloon start to deflate during travel, either from fan failure or a leak, any deflate was likely to be very slow and therefore the cue would continue to run as there was no safety issue concerned with this.

Constant wind speed monitoring was crucial pre and during show. The auto team installed 2 anemometers, one on the rear scaffold tower, and one on the Eiffel Tower. Two were required as there was a potential wind sheer caused by the building causing different wind speeds along the flight path. With a maximum ceiling of 12m/s for the balloon operating, this was consistently monitored and should the speed be in excess of this, we would implement an on-stage entrance for the performer and cut the balloon entirely.

With all this information for the show, I then held a final contingency meeting a few days before show with all producers, technical depts, HODs and creative teams to talk through all the plans that included issues from late starts, through to electrical storms. This meeting was essential so everyone had a good understanding of what action we were likely to take if needed. In the event of an issue, as show caller I would and should be the main voice to implement action, but it is important that everyone knows and agrees to the plan.

Of course, no matter how much you plan, each issue may not occur as you were expecting. With any technical issue while you are show calling, you require information back from the tech teams as it happens – is it a failure or is it just a pause, can we get it moving and if so how and how quickly. Only with this information and the information learned from compiling the contingency document, you can then make a decision.

During a situation, you will not have time to look at the document, but once you have written it, like anything you write, it will be in the forefront of your mind. All the facts and solutions from the tech team together with the creative preferences will help you to make the decision when you need to make it, quickly and effectively. Without this plan you will have to ask many more questions before you can make a decision and that will take up precious time that you simply do not have. This will all happen in a matter of seconds, but as a show caller, this is when you really earn your money!

However, as much as you plan and dissect the show to look at all possible problems, there have been instances in my career where major issues have occurred that never even crossed any of our minds that could happen.

It would be wrong to talk about them here (sadly) as these were moments that are best forgotten, but two that are forever imbedded on my mind were both real Oh F**K moments that required exceptionally quick responses (without sounding like I was screaming Oh F**K!) In these moments you kick into gear and make the call on what to do based on your experiences and knowledge – this thinking happens in a split second but fortunately these instances are rare as good planning will hopefully mean you have covered all bases.

But it is not just large complicated shows that require effective contingency planning – every show no matter what the size, should have a plan, no matter how basic. Things that are maybe common sense to you, are perhaps not to others on the team, and others on the team may have different ways of dealing with things. A simple conference may not seem like it needs a plan but you still want it to run the best it can.

If a mic goes down on stage you do not want a panic to solve the problem, having your stage manager have a spare hand held mic with them means they can quickly walk in to hand the mic to the speaker. Having a holding slide in the switcher means you have something to go to on screen if a camera shot goes down and running a playback back up system means that should a video freeze, you can switch to that back up. If you have talked about these plans with the team, executing them when needed becomes almost second nature and hopefully will be a seamless moment that no one notices!

Contingency planning is a team effort that requires input from all departments.  It is time consuming to compile but in my experience the more I plan the more I am able to make the right call at the right time and therefore it will always be one of the most important documents I create during a show.

Other Articles on Stage Management:

The Myths & Misconceptions of Stage Management 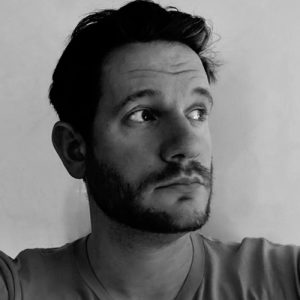 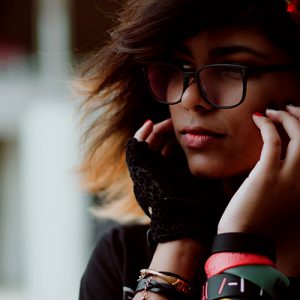 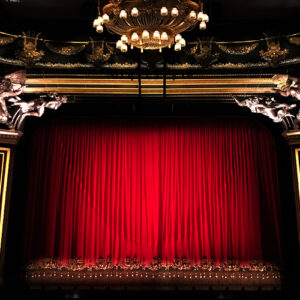 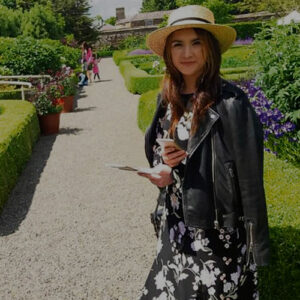 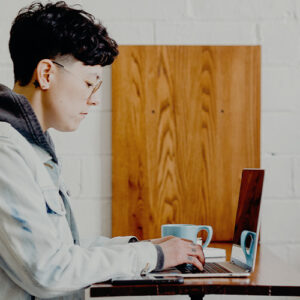 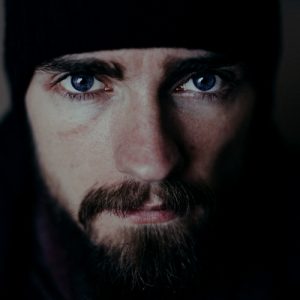